The Hair Salon Industry Through the Ages 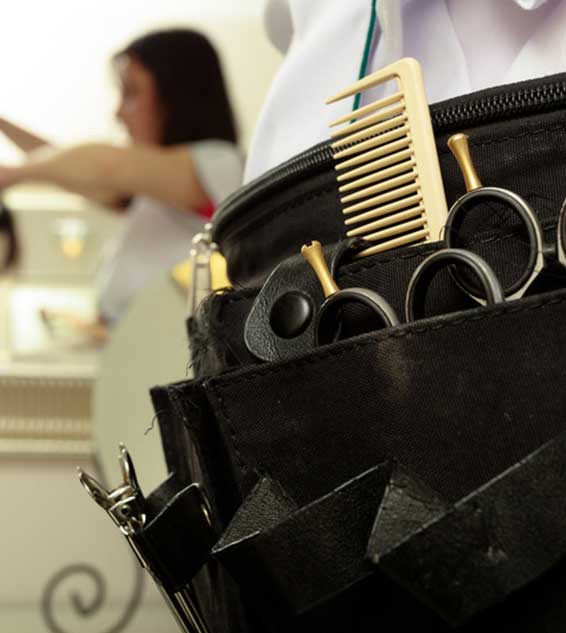 Styling, coloring, hair extensions and beauty products — hair salons do it all. This, however, is nothing new. As it turns out, hairstyling is one of the world’s oldest professions, dating back centuries.
In the ancient world, scalp problems and parasites were all too common among the ancient Greeks, Romans, and Egyptians. Thus, barbering was born. To avoid these problems altogether, the ancient people shaved their heads and wore wigs, which became a hot trend among the elite.
Disease and plague ran rampant in the medieval era. Unfortunately, medical science was still in its most nascent stages and the human body was not well understood. Believe it or not, barbers were also the first doctors and dentists, practicing hairstyling, bloodletting, and tooth extraction. They were a one stop shop for all things related to fixing or improving the body. This continued into the Victorian era.
Like many other industries, hairstyling experienced a huge leap forward during the Industrial Revolution. As the ability to manufacture tools and machines spread, the art of coiffing the hair with hot irons and clippers became common.
Fashion as a whole shifted dramatically during the Roaring 20s, as young women began to challenge the conservative values of their parents. When it came to hair, ladies chopped off their flowing locks and Gibson-girl updos in favor of short, cropped, shingle-cut bobs.
The birth of Hollywood and the silver-screen was responsible for launching the careers of many young starlets and, consequently, their hairstylists, who worked tirelessly to keep up with the trends. The effort that went into creating the perfect Hollywood look was not lost on the ladies of this era; thus, these glamorous styles elevated hairdressing to a coveted and well-respected art form.
Although we have seen many styles come and go since the 1930s, the hair salon industry continues to grow. In fact, it is becoming so big that we now have approximately 663,300 hair stylists in the United States. Trends continue to change as styles go in and out of fashion, and women will have, on average, a whopping 104 different hairstyles during their lifetime.
Because of the accessibility of hair salons to most Americans, changing one’s hairstyle has become as simple as buying new shoes. Almost one-third of women change styles or dye their hair following a break-up or divorce, while 17% do it regularly just to conceal gray hairs.
If you have any questions regarding hair care, hair extensions and beauty products, or the salon industry in general, feel free to post in the comments section below.