From Cleopatra to Beyonce: The History of Hair Extensions 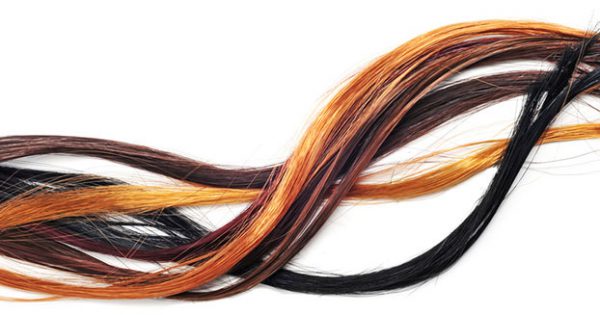 Believe it or not, the hair extensions industry is arguably one of the oldest enterprises in the world. For centuries, women and men alike have sought out ways to enhance their appearances to establish their status in society and attract a mate. Having longer, thicker, healthier-looking hair has always been one way to do just that.
The Hair Extensions Industry Through the Ages
3400 BC
The first documented use of hair extensions was seen among the ancient Egyptians. Pharaohs and other important members of Egyptian society were known to adorn themselves with wigs, sewn-on hair pieces, and braids made of human hair and dyed sheep’s wool. Bright red, blue, and gold were popular choices to add a pop of color to Egyptians’ naturally black hair. Historians say that Cleopatra’s favorite color was peacock blue.
1700s
Powdered wigs, called perukes, indicated wealth and high status and were common among the noblemen. When King Louis started to go bald, he used perukes, fearing that his lack of hair would be seen as a sign of weakness.
The Victorian Era/Gilded Age
Of course, the wealthy Victorians spared no expense when it came to their decadent lifestyles, and this included their appearances. In 1873, Britain imported approximately 102 tons of human hair from France in what could be considered the heyday of the hair extensions industry. Men and women alike wore hair extension products to enhance their beauty and show off their wealth.
Early 1900s
At the beginning of the 20th century, the first clip-in hair extensions, called a “switch,” were introduced. Their easy removal made them increasingly popular. A two-ounce, 22-inch switch cost a turn-of-the-century lady about 95 cents, though a specially customized style was priced at $25 ($2,500 today).
20th Century
Long hair became even more popular in the 1940s, boosting the demand for hair extensions. Unfortunately, the artificial hair being used in those days often caused significant damage to a woman’s natural hair. The 1960s has since been recognized as the decade for big hair as we look back on the beehive wig worn by so many fashionable ladies. Hair weaves became popular among African American women in the 1980s, and in the 90s, extensions became much more affordable to everyone, particularly with the reintroduction of the clip-in extensions we see on the market today.
Today, the hair extensions industry is booming. According to a report by the Professional Beauty Association, the past two years have seen a 28.5% increase in the number of hair salons in the U.S. that offer hair extensions. Women of all demographics are taking advantage of affordable hair pieces to add both volume and length to their natural hair. However, it is safe to say that hair extensions are most popular among women in the African American community. In fact, nearly six out of 10 black consumers wear a wig, weave, or extensions, which enables them to switch up their look.
While extensions and wigs were once the domain of the rich and powerful, today they have become affordable enough for just about anyone to enjoy. Salon extensions can cost as low as $300 (depending on your geographical area) and go up to $10,000; however, clip-in pieces can be purchased online for closer to $100.