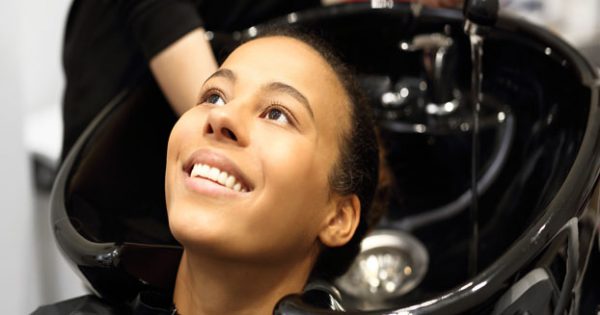 Oklahoma City has plenty of hair salons — but soon, the capital of Oklahoma will have its very first mobile barber shop, thanks to the work of two millennial residents.
According to a Dec. 2 Blavity article, Bruce Waight and Vanessa Morrison got the idea for their mobile hair salon shop after seeing a need for one in their city. Many Oklahoma City residents, stuck without a reliable mass transit service, had no way of getting to a nearby hair salon, despite this space being an important part of building community.
“Individuals with disabilities, the elderly, single parents and individuals who don’t have their own means of transportation are just some of the populations that face many obstacles and barriers when trying to get to this important space,” Morrison said.
The barbershop is an especially important space in the black community, Waight and Morrison explained, as it has historically been a safe space for African-Americans to form friendships and have discussions with one another.
The need for accessible, high-quality hair salons is equally important to African-Americans. Nearly six in 10 African-Americans get weaves, wigs or extensions from local hair salons, allowing them to change up their looks. This demographic subsequently spends an estimated $7.4 billion on services like hair care.
To get their idea for a mobile hair salon moving, the two sought out the help of agencies like the OKC Homeless Alliance. They purchased and renovated a 1960 Airstream Land Yacht, outfitting the trailer with all the fixtures and amenities of a normal hair salon.
While Waight and Morrison’s mobile hair salon is an effort to help those who can’t get to a traditional barbershop, the two said their salon will be available for all members of the community. When the average woman is expected to have 104 different hairstyles throughout her life, this will be an undoubted benefit.
“It’s amazing how a nice haircut and some good conversation can truly lift someone’s spirit,” Waight said. “The mobile barbershop will be for everyone, but [we] will make that extra effort to reach people who struggle to get to it.”
Would you ever get sew in hair extensions — or any other kind of weave or extensions — from a mobile hair salon shop? Share your thoughts with us in the comments below!